skip to main | skip to sidebar

The Movies of Malta

Going past the area where they filmed scenes from the Count of Monte Kristo and happening upon the set of the upcoming HBO series, Game of Thrones, made me ask what other films have been shot here in Malta.

More photos from the Game of Thrones set:

Perhaps you have heard of such films as Popeye (with Robin Williams); U571; Gladiator; Munich; Alexandar; Troy; The League of Extraordinary Gentlemen; The Davinci Code and many others.

Malta has been blessed with a rich film history. Let's pray that God blesses the island with a spiritual revival.

We can see Justin Bieber a younger baby face in the movie. it was amazing download movies

Welcome to the Blog for Bruner's Chapel Baptist Church. 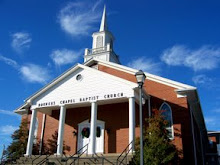